The Blessing of Contradictions: The Black Monday 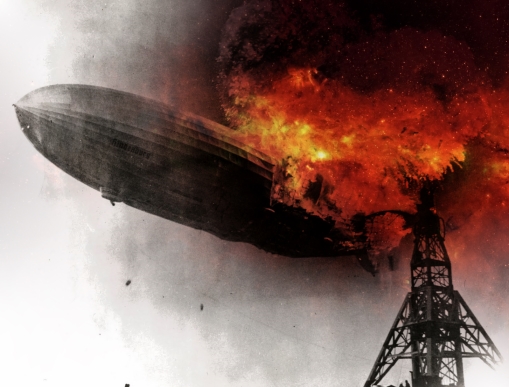 Oppositions and contradictions have tendency to generate new thinking. The opposites don’t necessarily annihilate each other - usually they don’t. Usually, it’s your mind that fails to see the potential in them.

A common rationalistic myth states: “all contradictions are evil and should always be avoided.” Rubbish! While the contradictions are problematic as a permanent state of things, yet, they are also a blessing as an opportunity for innovation. In this entry I’ll illustrate the potential of a contradiction.

On the last New Year eve, a friend of mine, Antti Kirjalainen told me about a problem he often times faces when advising startups: The most startups don’t do any risk management. According to Antti, even relatively small effort for risk management would save a lot of time, effort and money. Not paying any attention to risks is simply stupid. 1

The main reasons why many start-ups usually don’t do any risk management are:

Great! We have a contradiction: 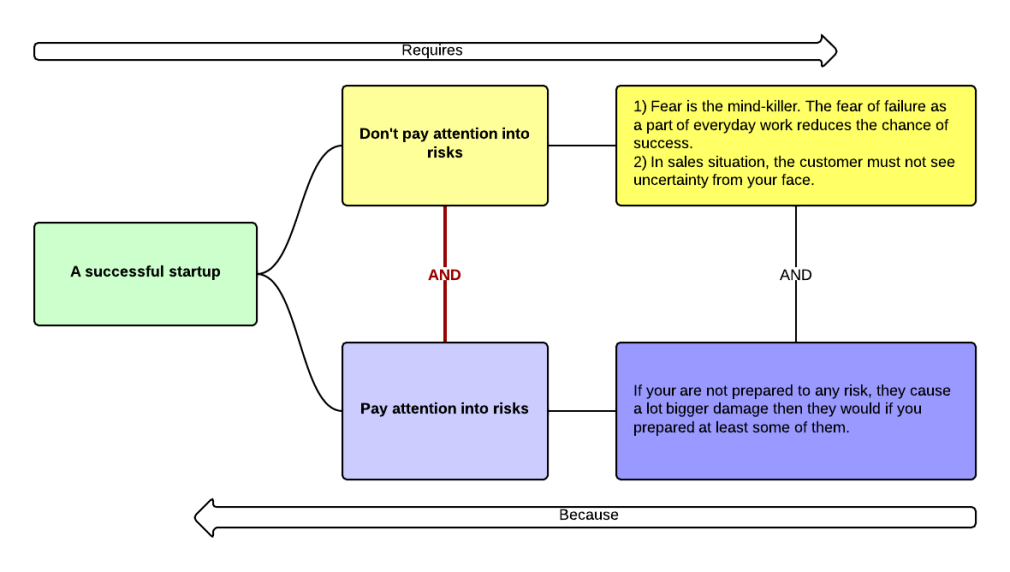 The best sides of day and night - you can have them both!

I decided to use a Systematic Innovation/TRIZ method to solve this contradiction2: After you have identified the contradiction, try to separate contradicting aspects temporally, spatially or by a condition or interface. The goal is to get the best sides of them both.

Antti told that it would be enough to think about risk once per quarter – at least, would be a good starting point. It’s not necessary to think about risks all the time – actually, it can even be harmful. Thinking too much about the risks and what could go wrong drains your energy and passion.

Answer: You must not think about risks in your office – or in the place you are supposed to make things real. The situation needs to be relaxed and safe. Perhaps, the best place for pessimism is a nice restaurant.

“So, if you discuss risks once per three months in a nice restaurant after a workday, would this solve the problem or at least, make it less severe?”

“Probably, yes”, said Antti, “this is actually a good idea!” The concept of Black Monday had born.

There is one more way you can use to separate opposing and contradicting elements: By using a condition or an interface. “If X then A otherwise not-A” or “A through/with pattern X AND not-A through/with pattern Y”. In this case, using the last and most complex method wasn’t necessary. If you are interested in hearing how it works in practice, keep on following this blog.

The point in this text was to illustrate that there are no other reason to avoid contradictions but our simplistic thinking habits. Once you learn an open-minded, rational way to face contradictions, you unlock an opportunity of getting the best sides of day and night.

Ari-Pekka Lappi is a hybrid philosopher-engineer. He has over 10 years of experience on software development in various different roles, especially as scrum master, developers, solution architect. He has published articles on the philosophy of games and has graduated from University of Helsinki majoring Theoretical philosophy.